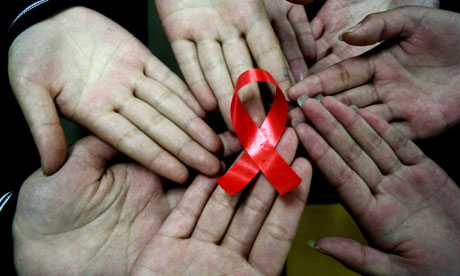 A simple red ribbon is one of the most widely recognized symbols of HIV and AIDS and the people who live with these conditions. The symbol was presented by the Visual AIDS Artists Caucus in 1991. The individuals in this group wished to remain anonymous, keep the image copyright free and create a symbol to raise consciousness of HIV and AIDS. The red ribbon was originally intended to be worn as a badge, but is now used in a wide variety of ways.

Leader of Myanmar’s National League for Democracy, Aung San Suu Kyi spent almost 15 years under house arrest between 1989-2010 due to her opposition to the country’s military rulers. In 2012, the Burmese politician was named by the UN as a Global Advocate for Zero Discrimination in its continuing fight against discrimination and stigma of people living with HIV.

“Respect for the human rights of people living with HIV must be promoted,” Aung San Suu Kyi said earlier this year. “We also need to protect the people who live on the fringes of society who struggle every day to maintain their dignity and basic human rights. I believe that with true compassion—the invisible cord that binds us to other human beings regardless of race, personal status, religion and national borders—we can get results for all people.”

I’m sure you will all agree this last paragraph really hits home for what KAS stands for and is shown by all the beautiful work each and every one of you contributes.

So, how are we going to incorporate this into Decembers Challenge?

Red squares, perfect for Plain Janes, fancy squares with red somewhere within the pattern, squares with a red ribbon (Pam has said this is OK, no stigma).

So, quite simply, RED is the aim of this challenge. I know you will come up with some brilliant ideas to get the colour red into a square, but don’t forget, Plain Jane red squares are also just as important so please don’t feel intimidated if you cannot do fancy patterns, 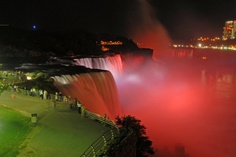 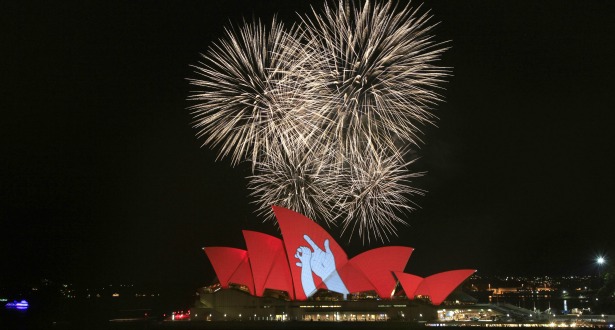 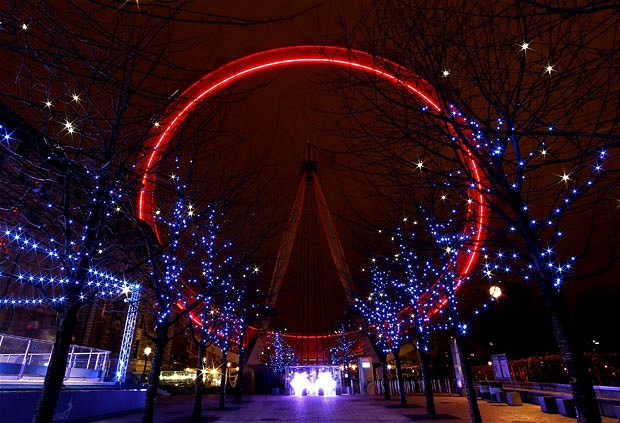 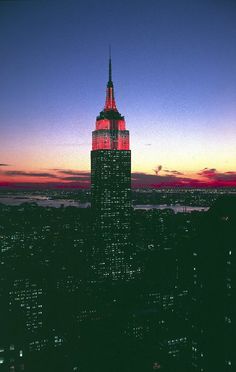 So, lets make this RED challenge just as much fun,

but I bet we can make some masterpieces of our own!!!

Here is the album featuring all of the wonderful Red squares http://forum.knit-a-square.com/photo/albums/december-2013-challenge... 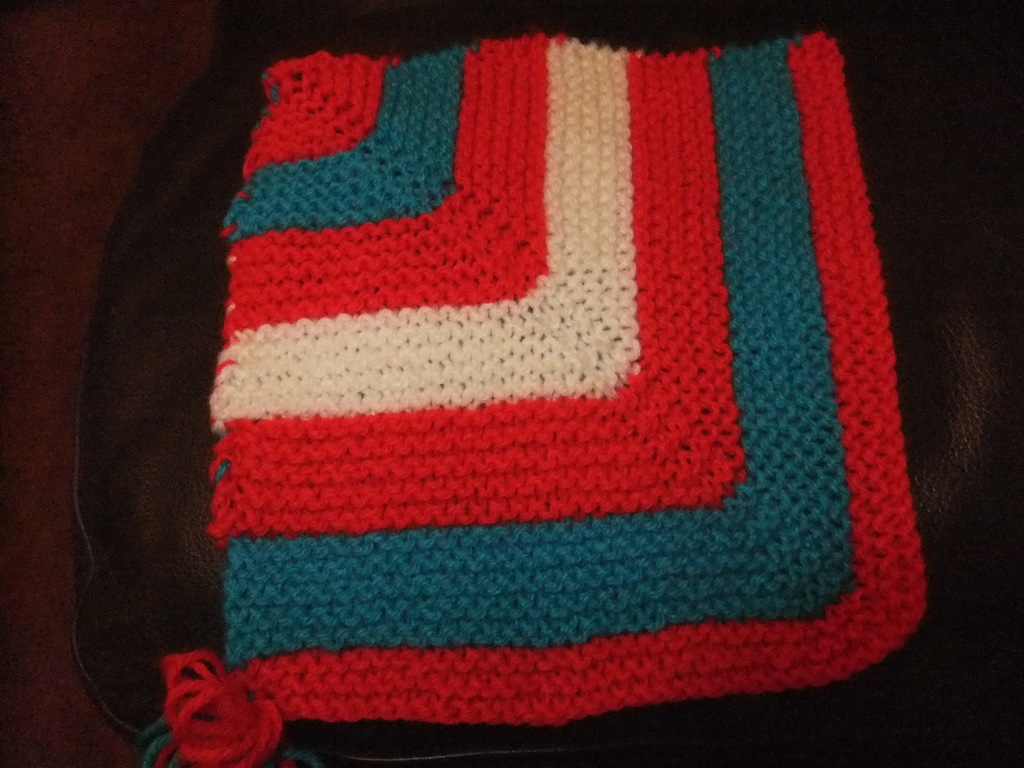 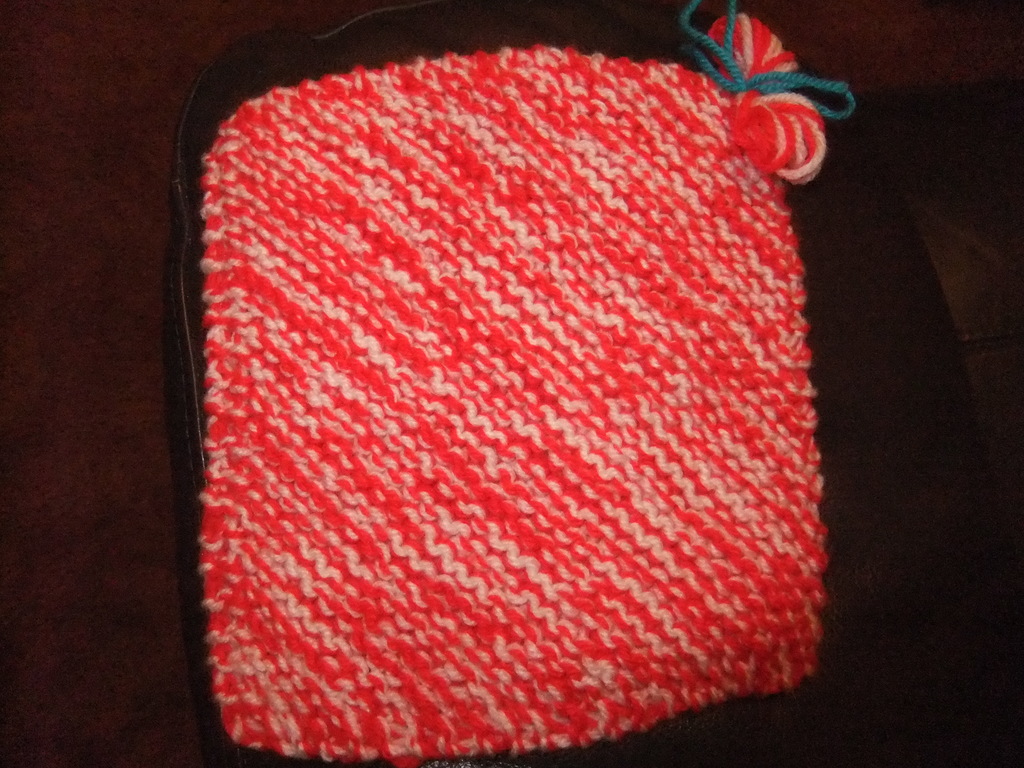 diagonal red and cream knitted together 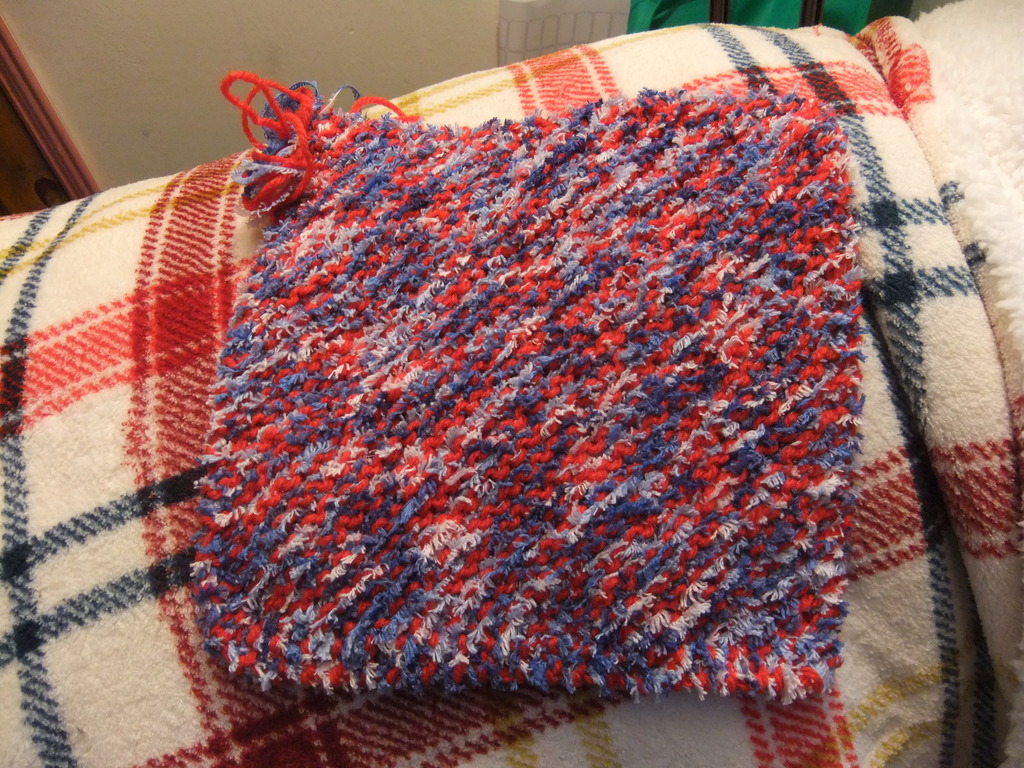 red knitted together with a blue/white fun fur 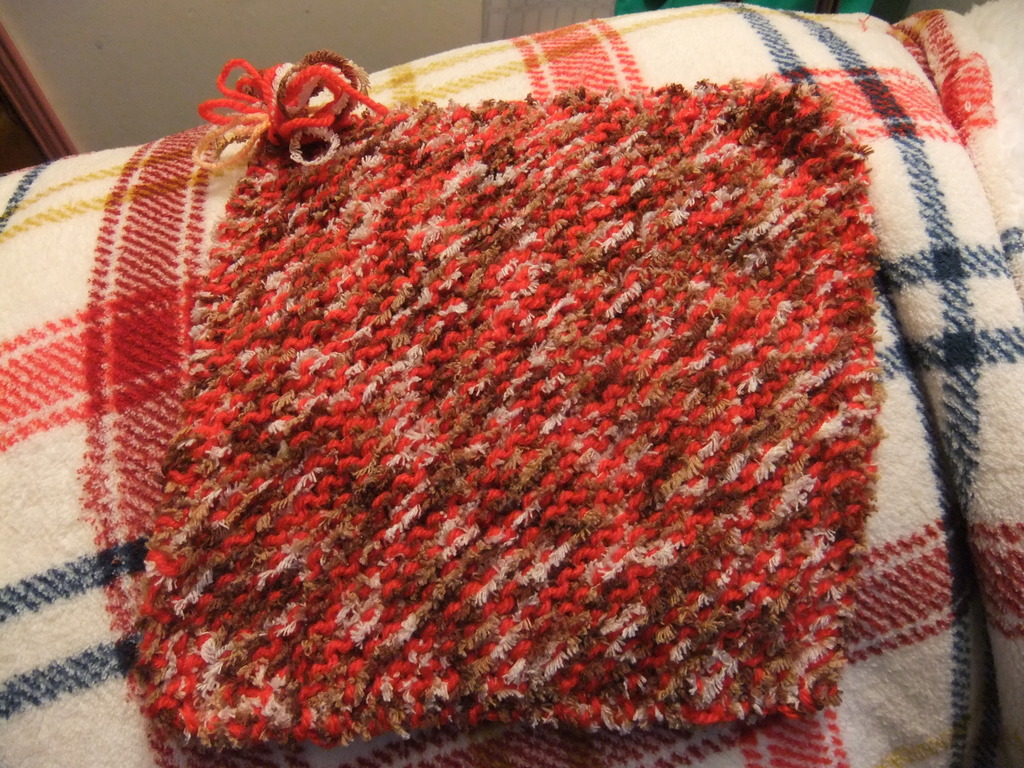 red knitted together with a brown fun fur 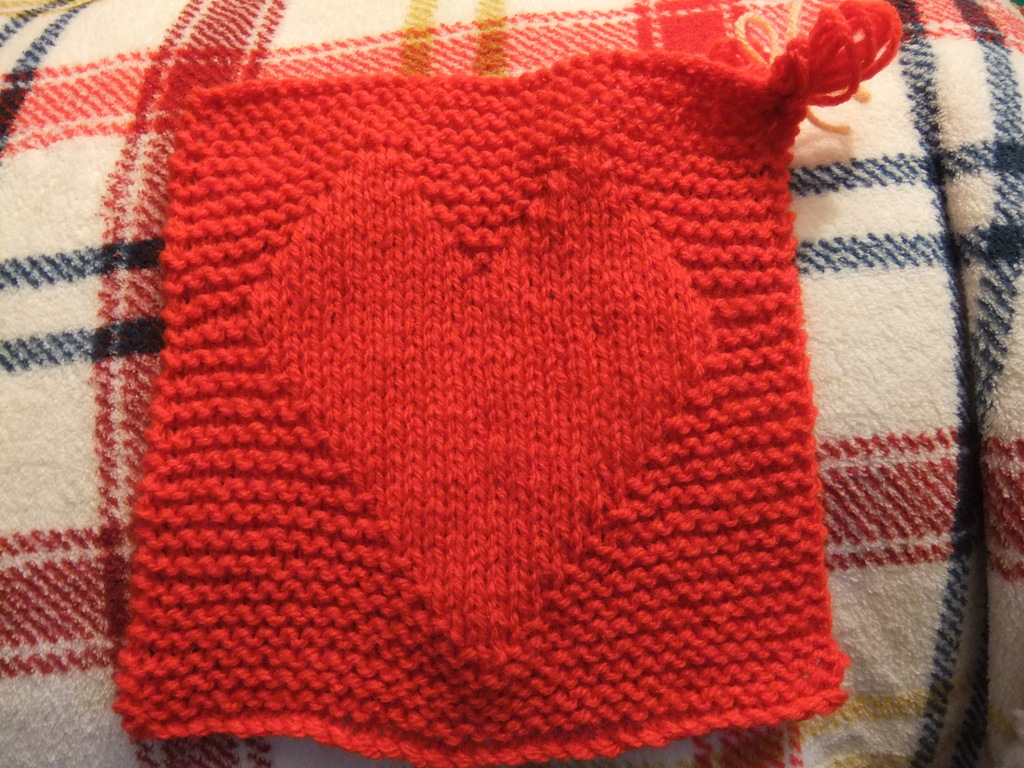 A simple red heart taken from our pattern book, http://www.knit-a-square.com/support-files/knitted-square-heart.pdf

As you can see, it is very simple to use the colour red and I just know that there will be some wonderful creations as always but remember EVERY square is important :) 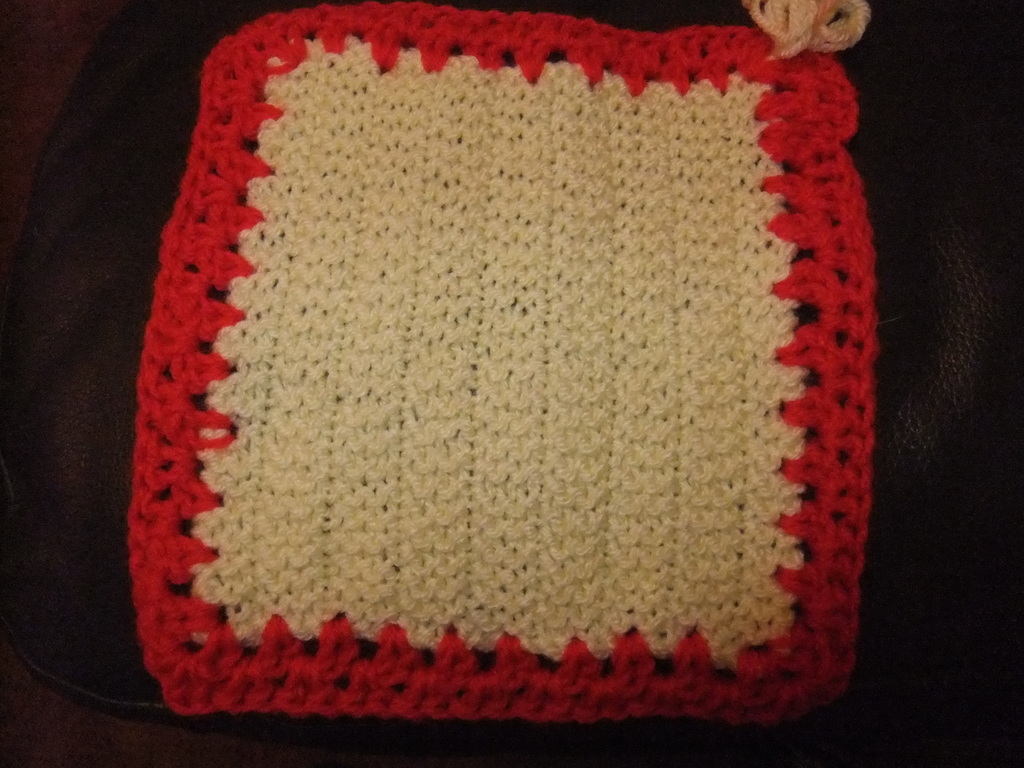 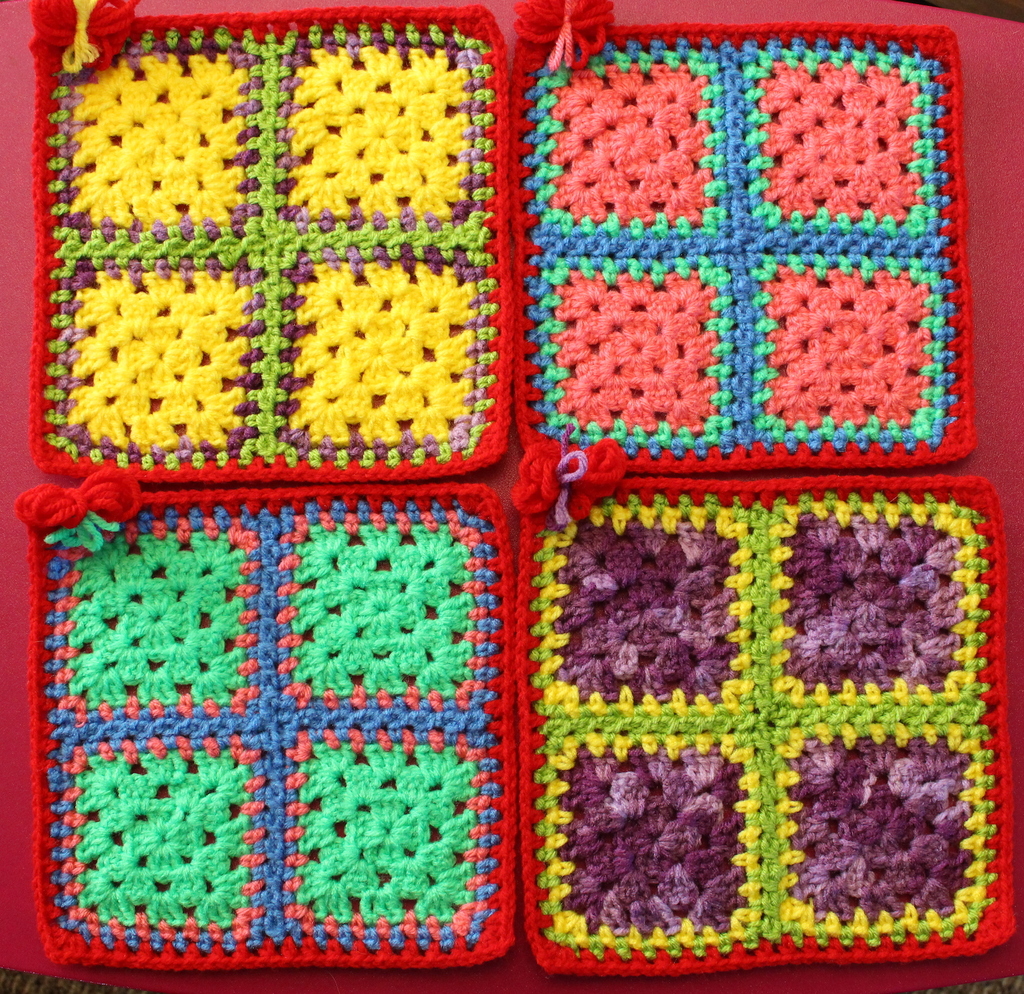 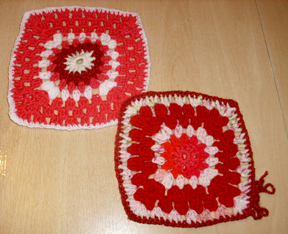 My first two squares for this month's challenge.

The yarn is actually red but on here it looks orange !   I teamed it with reddish burgundy and a nobbily yarn was added for interest. 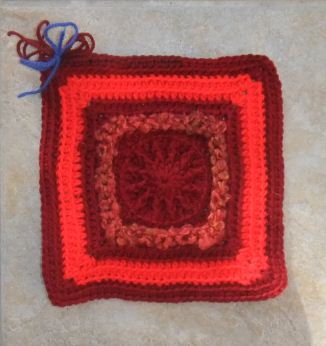 Here are three for December.  The white-centered one is actually one of several I had given to me that were only 4 inches square  I decided to use Carol's idea and just add red around them.  When I went to get them, I found .......... ONE !  I think I took the rest of them to the cottage and left them there :(  If we make a trip there before Christmas, I'll get them.  If not, oh well, they'll be there when I return and will come in handy then :)))

The red around the white is actually a sparkly red, although it doesn't show well in the photo. 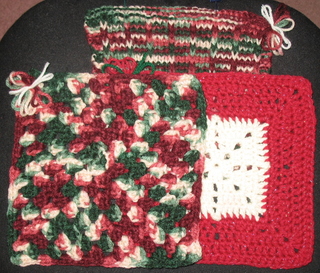 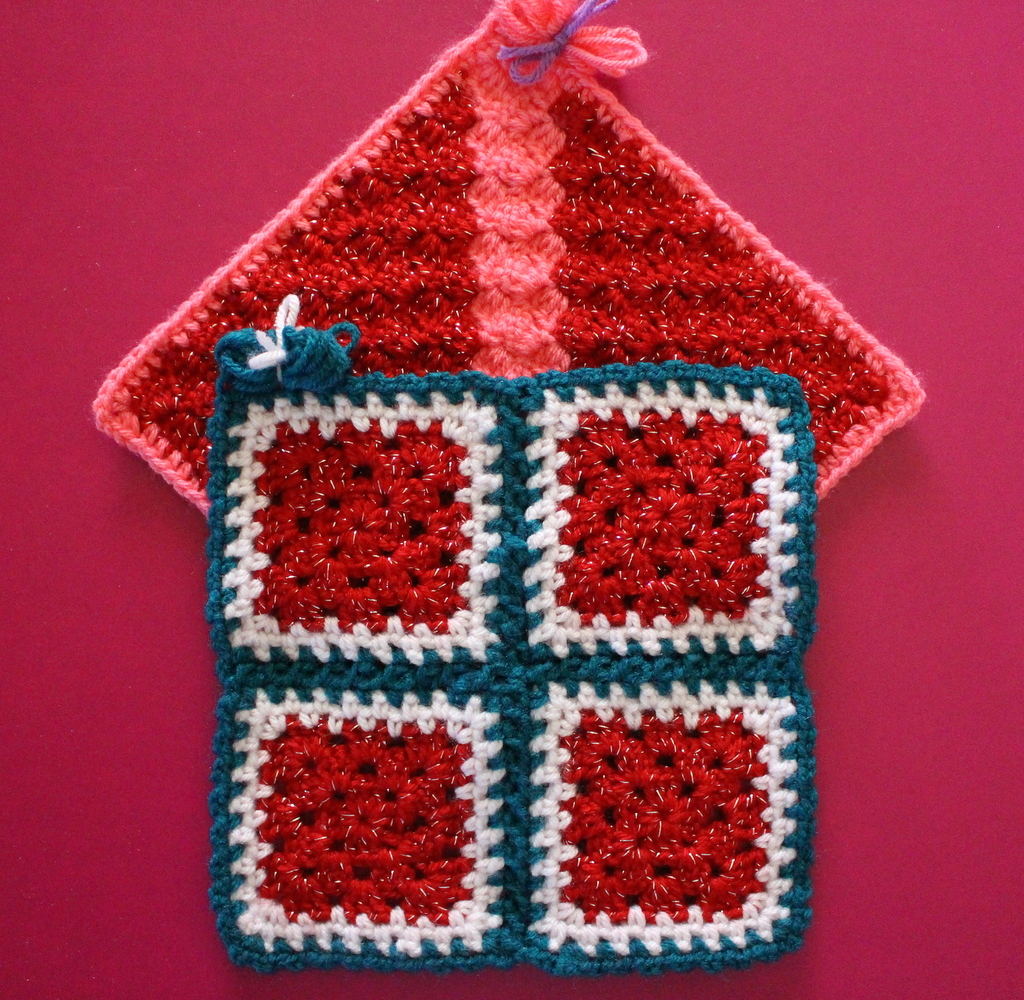 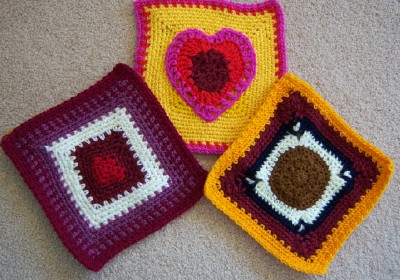 My first 3 squares to add to the RED challenge - some very dark reds, and some pinks for accent, along with yellow, white, navy blue and even some golden brown.

Here's a Scottish site that goes red for AIDS day....it wasn't entirely clear from the article which spot this was, they named several.  Anyone know which site this is?

This one is a sports arena called the SSE Hydro: 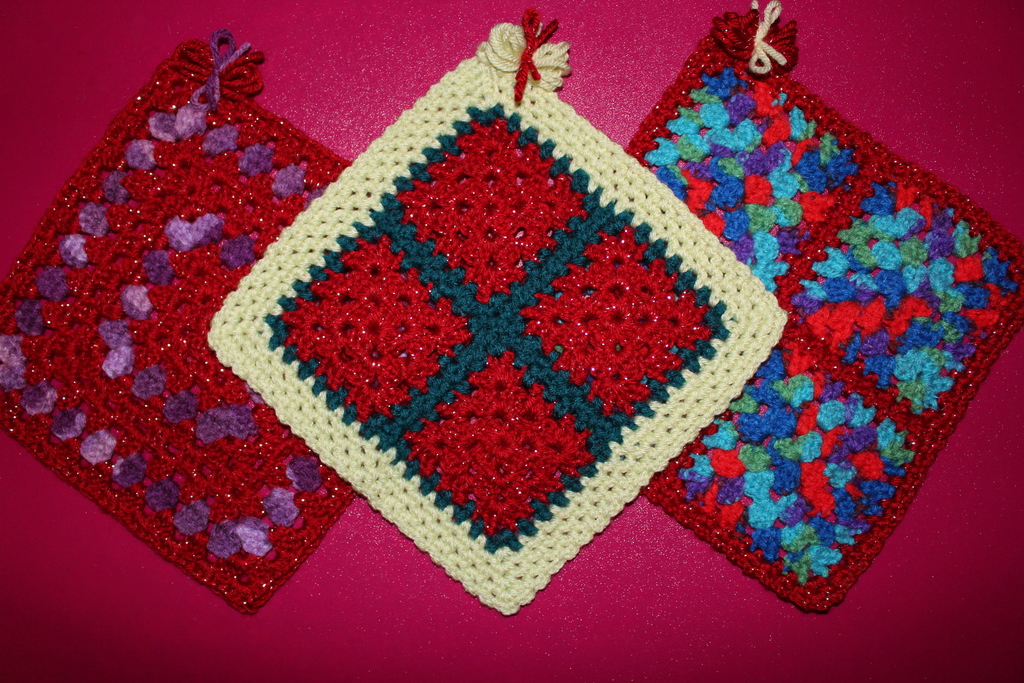